Each month the members of My Paper Crafting are privileged to be a part of the I Feel the Love Project.
Madison who created the project is one of our design team members.  This month she has selected a very special Father for us to create cards for.
I created a 5 x 5 Twisted easel card for Reggie who is a very special dad that we are honoring this month. 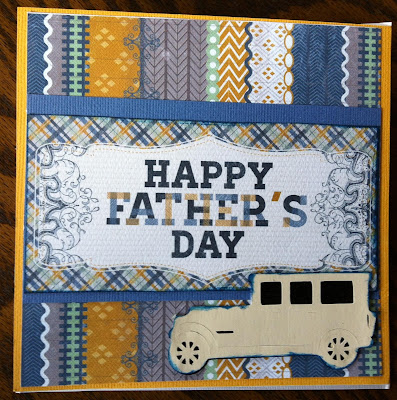 You can read more about the project below.  If you would like to participate please link up to My Paper Crafting and I Feel the Love. 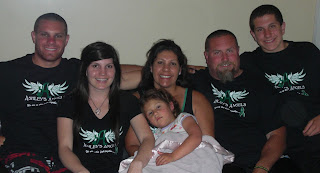 The I Feel the Love Project will be collecting cards in May for Reggie Nelinger so that they can be given to him in June in time for Father's Day. We would like Mr. Nelinger to know just how much we love and support him as an amazing father to his four beautiful children. This project will be a complete surprise to him as it is being arranged by the IFTL Project and his family.

This is Reggie's story:

Fifteen years ago, Reggie Nelinger, an electrician, held the hand of his sweet 5 year-old daughter, Ashley, while his wife, Sandy and  her little brother, Andrew, heard the doctor state their daughter/sister had Wilms', a rare kidney cancer that primarily affects children. Reggie was there being the best dad he could be all those long days and nights as his sweet daughter fought for her life. She beat the odds that were stacked against her despite losing one of her kidneys. For the next decade and a half Reggie got to see his daughter grow into a beautiful young lady. Reggie was able to teach Ashley to drive, take her camping, watch her graduate from high school and begin to plan her life out as a young adult. He was blessed and understood the blessing God gave him with Ashley and never took for granted the gift that was given to him as a father.

This past January, Ashley was diagnosed with a very rare form of cancer completely unrelated to the cancer she had as child. It is called rhabdomyosarcoma, an aggressive cancer of the connective tissues, which in Ashley’s case is attached to her sinus passage. Not only is this cancer a bit of a medical baffle due to its rare state, but Ashley only has one kidney and that makes chemo and other forms of treatment more challenging to treat than normal. Reggie and his wife are now watching their child battle for her life once again.

All the painful memories of the first battle are brought back to memory, as well as the feelings of helplessness, sleepless nights, and the worry about finances. For Reggie there is the added burden to be a provider for his family in a time when all he wants to do is be there by his child's side. It is Reggie's big heart and positive outlook that helps his family lead the fight for Ashley's life all the while helping to maintain some level of normalcy for his other three other children and wife during this difficult situation. Reggie is a dad that needs to be recognized, a dad that has not only stared every parent's worst nightmare in the face once, but now twice.

***Please help us to honor Reggie by creating a card for him that says thinking of you, stay strong, great job dad... or whatever moves you.  Thank you so much.  It will mean more than you know to Reggie and his family. 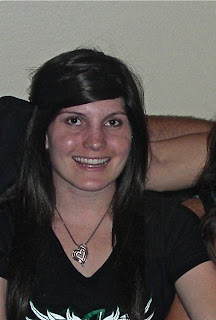 If you are so inclined, you can
also create a card for Ashley as well. 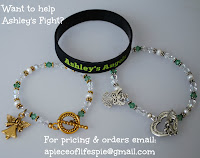 To follow Ashley's progress and/or to find out how you can make a donation towards Ashley's treatment-
Facebook page - Angels for Ashley Nelinger
or send an email to apieceoflifespie@gmail.com

If you would like to be a part of this project...
All you need to do is:

Submit your hand crafted card/s by May 31st to:

Posted by Suzanne cricutcraftingrammyblogspot.com at 7:35 AM

Email ThisBlogThis!Share to TwitterShare to FacebookShare to Pinterest
Labels: My World, Phrases

I will finish posting projects I have completed through January 25th. From then to the end of February I am taking a month off from Design Teams and Blogging. Besides having a broken foot we are remodeling my scrapbook room so it is a good time for me to slow down a bit. Thank you for your understanding.

Where I sell my kits and layouts

Suzanne cricutcraftingrammyblogspot.com
I have been crafting since in my teens ( a long time ago) and bought my first Cricut about 6 years ago and my Silhouette two years ago. I have become totally addicted to making cards, decor and especially scrapbook pages. I have started this blog as a record of the projects I make. Besides paper crafts I love to create holiday decor. I have been blessed in the last few years with three precious granddaughters and now a grandson. I retired after teaching 33 years to enjoy being a grammy and to give me time for my crafting obsession. I now teach scrapbook classes at Busy Bees in Newbury Park, California and design for Just Kitting Studio.com.